Is there anything cuter than a kitten? It’s no secret that we wish our kitty pals stayed little longer. But thanks to modern breeding, particular cats stay kitten-like their whole life through. Some have short legs, some have petite frames, and some have youthful personalities.

We’ve rounded up eleven of the most adorable cats that keep their youth. Let’s take a look at these 11 gorgeous felines.

When you think of a kitty that stays a kitty forever, one of the most popular breeds that probably pop into your head is the Munchkin. For good reasons, these cats have gained lots of traction over the years since their breed first began.

Their short stubby legs and innocent expressions make them sought after by cat lovers everywhere. They have personalities to boot. These cats are typically very docile, lovable, and devoted to their owners. They get along very well with children and other pets.

As adults, these kitties weigh between six and nine pounds. If a Munchkin cat sounds like they’re up your alley, you can expect to pay between $1,000 and $1,500.

The majestic Bombay is a smaller breed of cat, but don’t let this for you. These cats are thick and muscular, heavy and their stance. That’s a lot of weight in a tiny package.

The Bombay is traditionally black, mimicking they are larger panther cousins. Bombay’s are often described as being incredibly attentive, intelligent, curious, and affectionate. They might have a mind of their own but always make time for their humans.

Even though this is a compact kitty, it can weigh between eight to 15 pounds as adults. The gorgeous Bombay typically costs somewhere in the range of $700 to $1,200.

Singapura is one of the most miniature cat breeds in the world. This dainty kitty will stay tiny for its lifetime. Unlike particular small cats like the Munchkin, these cats have full-size legs and standard cat bodies. They are simply smaller structured than most felines.

She may be little, but she is fierce. The Singapura is an incredibly intelligent, frisky, and adventurous feline. They absolutely love being in on the action. Their bodies are very muscular, making them excellent climbers.

This kitty ways only four to six pounds fully grown. The petite little Singapura generally costs between $1,500 and $2,000.

The adorable American Curl is a smaller cat with a big personality. The breed’s signature look is their adorable folded-over ears and big doe eyes.

American Curls are known for their highly affectionate nature. Because they are so even-tempered and relaxed, they’re not overbearing or high-strung. They make fantastic pets for households with other animals and children.

This dainty cat reaches between five to ten pounds when they’re fully grown. If you buy an American Curl from a breeder, expect to pay between $1,000 and $1,500.

The Siamese is a standard-sized cat, but they are slenderness and agility keep them bouncy and kitten-like longer. They also have impressive life spans, living upwards of 20 years on average.

Siamese cats classically gained the reputation of being very spirited and independent. They tend to be mischievous as well, which can provide entertainment be challenging for some inexperienced owners.

Even though the slinkiness of the Siamese can make them appear lighter, these counts reached between eight and 15 pounds adults. The average cost of a purebred Siamese is between $500 to $2,000.

Devon Rex is an incredibly unique cat that has a very kitten-like appearance well into adulthood. They have a soft down fur with an alien-like head shape, sporting over-sized pointed ears and a v-shaped facial structure—we think it makes them extra-cute and certainly recognizable.

This breed is highly energetic and comical. They tend to have charming personalities that keep you on your toes. Because they are so playful, they benefit from having a Kitty friend or owners who will engage in frequent play.

These cats only weigh between five to 10 pounds as adults. The unique Devon Rex breed typically costs between $500 and $1,000.

The interesting Cornish Rex was a breed that came about by happenstance. In the 1950s, a farm in Cornwall, England, had s random litter of kittens that exhibited the partially hairless trait. Breeders then used selective breeding, turning it into the cats we love today.

Cornish Rex cats are brilliant, which can work both in your favor and not. They have an extremely demanding and vocal personality which can be challenging for some owners. However, they do take to people very well and enjoy their time spent with humans.

The slender Cornish Rex reaches between five to ten pounds when they’re fully grown. The soft Cornish Rex generally costs between $800 to $1,500.

The beautiful Burmese cat has incredible markings incredibly soft textured fur. As their name implies, these cats were brought from Burma and further developed in the united states and great Britain.

Many owners would describe their Burmese as being very puppy-like. If you are a person who enjoys cats but doesn’t really like the independent nature of felines—this might be the cat for you. They love human interaction and will spend all their time with you if you allow them to.

Even though this breed is particularly small-statured, they are hardy, weighing eight to 10 pounds fully grown. The gorgeous Burmese cat usually costs between $500 and $1,000.

The tiny Napoleon is a short-legged fluffy ball of love. These cats are a cross between the Munchkin and Persian, staying fluffy and small throughout their lifetime.

These cats are incredibly affectionate and social with their owners. They have the most wonderful personalities, sure to bring you love and happiness throughout your relationship. They mesh well with all household members and adapt to new situations quickly.

As adults, Napoleon’s weigh between five to nine pounds. These little cuties usually cost between $1,000 and $3,000.

The stunningly gorgeous Balinese cat is a semi-long-haired, blue-eyed beauty. They kept Siamese-style marking patterns, thanks to their Siamese genetic mutation.

Balani’s cats are incredibly playful, curious, and sociable. They love to be in on the action, commonly interacting with their owners and even strangers. These cats are known to be quite vocal, talking to you as much as you talk to them.

These beautiful kitties are typically medium-sized, weighing five to ten pounds as adults. The fluffy Balinese kitten generally costs between $1,000 and $1,500.

Could anything possibly get cuter than a little Dwelf cat? This newly developed hybrid will be your little naked kitten forever. Combining the Munchkin, Sphynx, and American curl cats, the Dwelf is an adorable miniature wrinkly ball of love.

Dwelf cats are extremely active and involved in the household. They enjoy spending time with their owners, whether that means running around the house during play or lounging with you and your favorite sofa. They have a desire to be nurtured by their families and take well to families.

These furless, stubby-legged cuties only weigh between four to seven pounds as adults. The rare and magnificent Dwelf kitten costs a whopping $2,000 to $3,000 and beyond!

When it comes to looks and personality, you have quite a fast selection of cat breeds that stay kitten-like. It’s a beautiful sight to see all of these gorgeous felines and how drastically different they are from each

If you’re looking to add one of these cuties to your home, make sure to do your research on the breed extensively so you can guarantee they fit in with your lifestyle and get along well with your other household members. 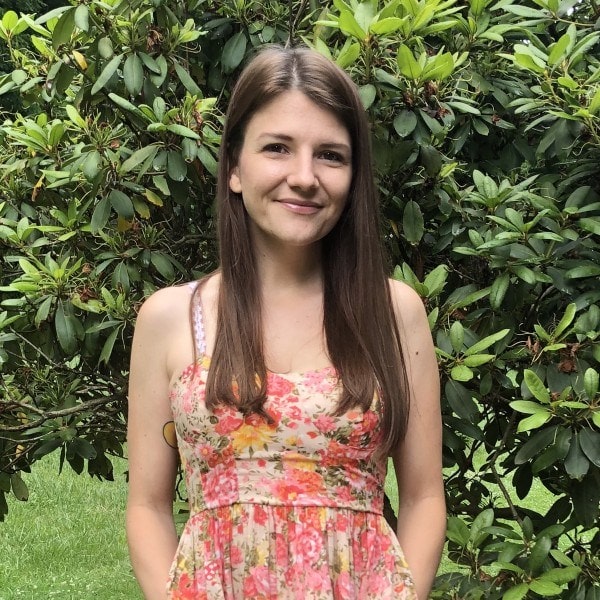 Ashley Bates is a freelance dog writer and pet enthusiast who is currently studying the art of animal therapy. A mother to four human children— and 23 furry and feathery kids, too – Ashley volunteers at local shelters, advocates for animal well-being, and rescues every creature she finds. Her mission is to create awareness, education, and entertainment about pets to prevent homelessness. Her specialties are cats and dogs.

How to Pack Food For Your Next Road Trip